Their thoughts can kill! ... Any Questions? MC2P4 and Ttam Troll from Any Questions? share a Scanners inspired improv moment at FFS II on 01/21/10.
Posted by Ttam Troll at 11:59 PM No comments: 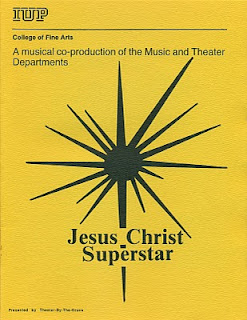 The production of Jesus Christ Superstar and my participation in it remains one of the high points of my musical career. This took place during my first year of college at Indiana University of Pennsylvania (IUP) in February 1989.

Though I had been playing double bass or electric bass for almost every ensemble in the IUP Music Department, it was a honor to be chosen as the bass player for this "rock opera". I was the only freshman in the orchestra and the part I was to play was very high-profile and demanding.

I can still remember the first smaller "rock band" rehearsal with Chris Tackett (keyboards), Dave Foley (electric guitar), Tim Lutte (drums), and John DeStafano (percussion). They were all seniors and very accomplished musicians and there I was, the freshman new kid on the block. I was well aware that the rehearsal was really my "try out" and that I needed to prove my playing skills to them and to Gary Bird, the conductor.

From the first note of the opening Overture during that rehearsal, it became quickly apparent that I had "come to play". I could see their skeptic faces fade and, by the end of the rehearsal, I had allayed any fears they might have had. From that point on, the rehearsals went smoothly and all of our performances went well and were well-received by the public.

Some of my favorite memories of that production include all the jam sessions that the "rock band" would have before and after rehearsals. When we weren't doing free form improvisations, we would play covers of Frank Zappa songs or The Fish by Yes. In fact, it was Dave Foley that convinced us to do The Fish after he came into rehearsal one day with his typical glassy stare. He proceeded to hold up his keychain, which held a large (6"+) purple rubber fish, and declared, "We are going to play this!" How could we refuse??!!

However, my favorite memory is also the most esoteric and really has nothing to do with the production. It took place during one of the dress rehearsals in which IUP students were allowed to attend. It was during one of these rehearsals in Fisher Auditorium that Gary Bird (the conductor) took a moment between songs and asked the audience how everything sounded. Unbeknownst to me, my friend (and Associate) Everett (Rhett) Hammacher was in the balcony and took that opportunity to scream, "Turn up the bass!!!". Of course my bass didn't need to be turned up. It's one of those "you had to be there" or you had to know Rhett to know "why" that moment is so memorable and funny. I dedicate that little "flashback" to my fellow Associates - Ed Hartford, Rhett Hammacher, and James Hazen. Without them, my days at IUP would not have been so enlightened.

Enough of my ramblings. Here is the first 12 minutes of the 1989 IUP production of Jesus Christ Superstar. This recording was taped during a closed dress rehearsal and contains the following songs...

Act One
Prologue
Aria: Heaven On Their Minds 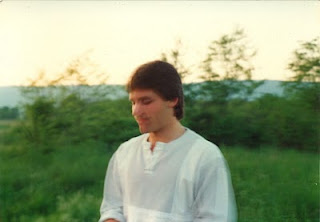 These pictures were taken at our very first photo session in Fall 1987 at the infamous "F*** Up Plot" on the outskirts of Shippensburg, PA. At this time, we were known as The Secret Society. It wasn't until Fall 1989 that we formed the electro-terrorist unit, Any Questions?.
Pictured are Matt Norcross (top) and M Scott McConnell (bottom). 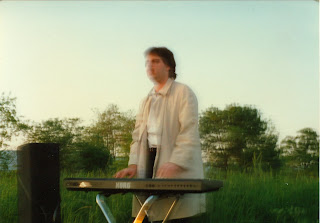 Down In Da Hood 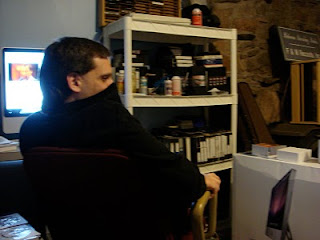 We spent some time the last two days down with our friend, Curve, at Platinum Recording Studios. He had just purchased a new Apple iMac, Apple Logic Studio, and a Focusrite Saffire Pro 24 audio interface and my job was to install and configure the system.
The picture above was taken by MC2P4 while I was waiting for Logic Studio to finish installing and we were having our olfactory organs assaulted with some very old (and moldy) vinyl records that Curve was pulling out of his collection. I mean, come on, who has heard of The Voltage Brothers. 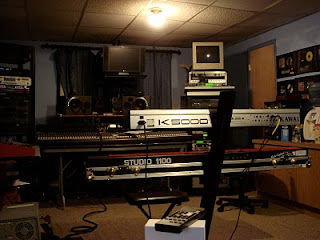