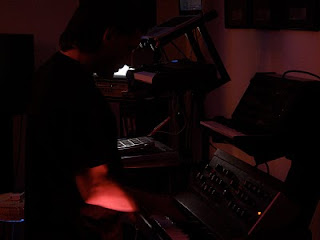 Ice Rift is an audio sculpture culled from Any Questions? - Darkness. This rare 1992 release offered an early glimpse into our Imbued Vagary project and an example of the synthetic tapestries that we would weave into our future film work.

The longest of all of the songs from Darkness. Ice Rift is probably the bleakest. It's another song which I composed well past midnight and before the first rays of dawn. These hours proved to be quite fertile creatively for me while I explored some very dark corners. 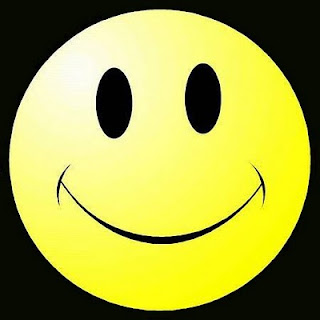 Before Ttam Troll, there was Tan Troll 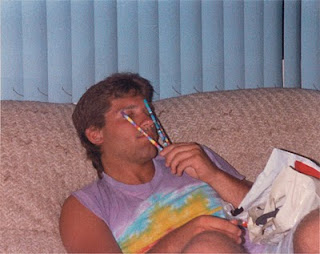 Yes, before the arrival of Ttam Troll, first mutant to ascend from the plasma pool after the Cy-Tech Wars in 1989, there was Tan Troll.  This photo was taken in the wilds of Ocean City, MD during the Summer of 1988.  Pencils should have been optional!
Posted by Ttam Troll at 2:11 PM No comments: 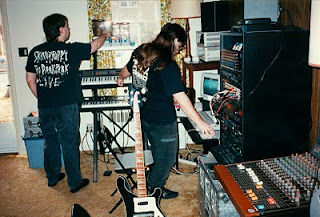 The sessions for our 1992 release, Any Questions? - Prey For Death, produced many song ideas which were never fully developed. Terminal was one such idea. With it's up tempo, driving beat, it was quite different than the other tracks which ended up on the original, official product. It's sound is really more reminiscent of the style we'd explore on our follow up effort, Any Questions? - Death.

When I was compiling tracks in the Fall of 2001 for the 10th Anniversary Special Edition CD release of Any Questions? - Prey For Death, it seemed like the perfect time to revisit this once cast aside song idea and include it as a bonus track.

There wasn't much to do to bring this song to life and complete it. All of the musical elements are exactly as they were back in '92. I had the MIDI data and all of the original sounds sources so I loaded up the song and recorded it onto our 24-track ADAT system. From there, we did have to come up with lyrics for it. The original song idea had never evolved to that point so MC2P4 penned a rough draft of the lyrics from which I then added to and refined to fit my vocal style. The result is what I share with you now. Enjoy!

P.S. The photo was shot in March, 1992 at Floating Fish Studios during an Any Questions? - Prey For Death recording session. MC2P4 (left) is looking for samples to load while Ttam Troll (right) triggers a sample on an Ensoniq EPS as he controls the Atari 1040STe/Cubase system. It must also be noted that Ttam Troll is sporting some very nifty '80s glasses!
Posted by Ttam Troll at 11:39 PM 1 comment:

Floating Fish Studios held its second in a series of Synth Jam Sessions at FFS II back on 04/03/10. In his first appearance at FFS since 1991, our special guest was Dan "The Man" Fiber.
This raw unedited video footage, shot by Scott on his Flip Video camcorder, captured part of one of our sonic experiments. The quality is questionable but it gives you an unique look inside Dan Jam 2010. The ensemble gathered included Dan Fiber (aka The Man), Dave Chandler (aka Thee Sub One Genius), M Scott McConnell (aka MC2P4), and Matt Norcross (aka Ttam Troll).
The video captures a 9:24 minute excerpt from a massive 20+ minute improv titled TR-6. You can also see another previously posted video from Dan Jam 2010 by clicking here.
Posted by Ttam Troll at 11:54 PM No comments: