The Birth of CJNB and Bing Boo 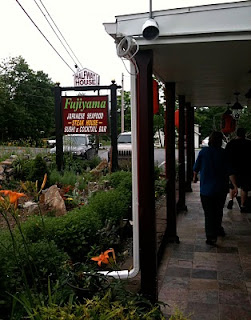 While taking a break from Synth Jam 2010 - Punish Your Machine, we visited Fujiyama. At the hibachi table, CJNB (Chocolate Japanese Noodle Baby) and Bing Boo (Tofu) was born.
Posted by Ttam Troll at 11:59 PM 1 comment: 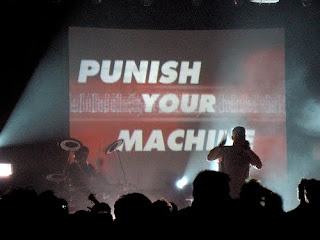 ***BREAKING NEWS***
Floating Fish Studios is proud to announce Synth Jam 2010 - Punish Your Machine which is scheduled for Saturday 06/05/10 at FFS II.  The unconfirmed line up is rumored to include Matt Norcross (aka Ttam Troll), M Scott McConnell (aka MC2P4), and Dave Chandler (aka Thee Sub One Genius).  Special guests are expected and will be announced later.
Our fourth in a series of Synth Jam Sessions at FFS II will concentrate on total audio warfare.  Synthetic aggression and noise will be paramount.
PUNISH YOUR MACHINE!!!
Posted by Ttam Troll at 2:17 PM No comments: 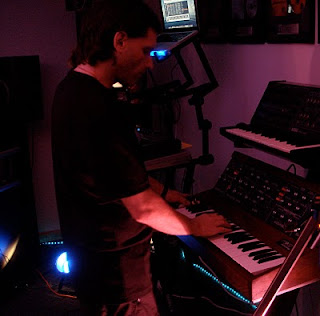 Thee Sub One Genius' interplay between a Korg ElecTribe ER-1 and ES-1 created the rhythmic foundation from which he, MC2P4, and I manufactured this fractured yet oddly uplifting improvised instrumental. Always seemingly on the verge of derailment, we held it together, with the help of Ali, for the 7+ minute running time of the experiment.

This experiment is titled TR-3.

Dance For The Future 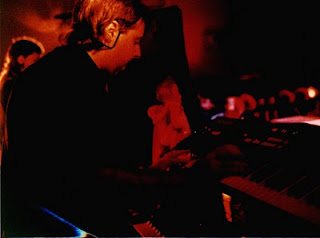 This previously unreleased audio recording of Any Questions? - Dance For The Future is the original 10+ minute improvised version which was taken from the final day of recording at 1 Gold Street (otherwise known as Der Palast des Goldes) in the Summer of 1990. A reworked final version appeared on our Illegitimate Release 1990 product.

As with the other music recorded that day, MC2P4 and I were in almost perfect sync and pushed our digital synths to their sonic limits while sometimes overdriving our Fostex X-15 Multitracker 4-Track Cassette Recorder during the process.

MC2P4 laid the groundwork for this song by playing a sparse but deliberate synth bass line and contrapuntal synth string melody to accompany the drum rhythm I programmed. Meanwhile, I had free reign to solo endlessly over the progressions he played. I started with an improvised electric bass part which I quickly abandoned for an all out digital synth assault. The Korg DW-8000 and DW-6000 were my synths of choice for the session and I very liberally mutated every patch I encountered.

As if all of that wasn't enough, MC2P4 provides a vocal performance to accompany the sonic experiment. His lyrics warn us not to squander our present lives by living in the past or dreaming of the future. A struggle that we all battle with every day!