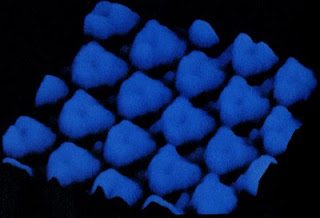 This is one of those happy accidents of the recording and mixing process. The original music tracks were recorded by Scott in early 1987 using a Korg DW-6000, a Casio SK-1 (on loan from the Fiber family), and recorded onto a Fostex X-15 Multitracker 4-Track Cassette Recorder.

Later in 1987, the infamous DSL sessions were recorded. For these mind altering sessions, Scott and I ended up using the other side of the cassette from the Idea H-2-12 recording.

Now, jump forward 2 years to the Summer of 1989 when I was mixing tracks for final release of The Secret Society project. Though most of the songs for The Secret Society release were recorded during the Summer of 1988 at Horse & Buggy Highway Studios, I was looking for additional material to include on the final master. This is when I stumbled upon the cassette with Idea H-2-12. I popped the cassette in the X-15 and hit play.

Here's where the happy accident occurred...

The previous song that I had been mixing was a 4-track song and had all the levels wide open so, as the 2-tracks for Idea H-2-12 started to play, the 2-tracks from the other side of the tape were also audible. However, those 2-tracks from the DSL sessions were playing backwards! I thought it sounded "so cool" that I mixed it all together and we created our first (and only) backwards masking song.